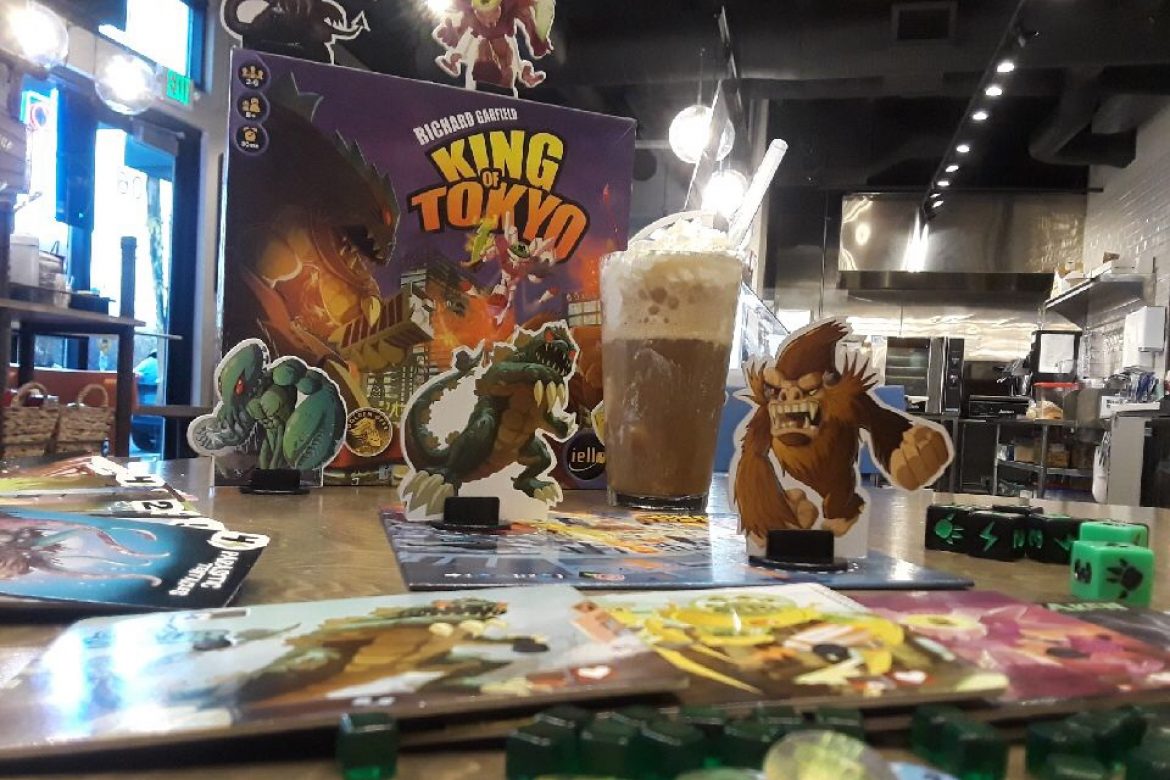 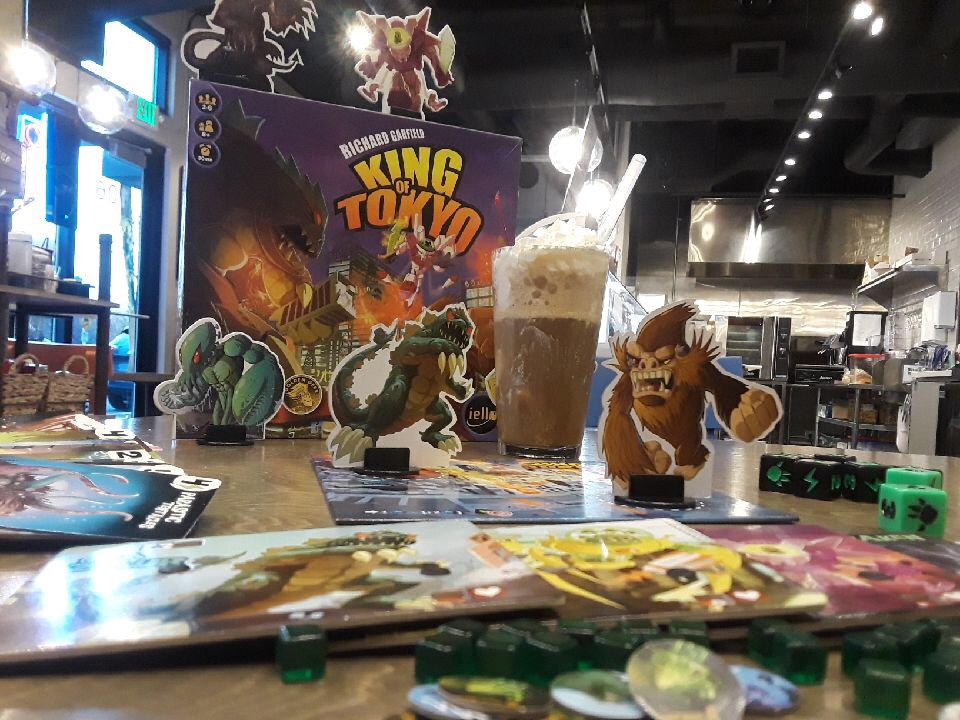 One of my favorite games to pull out either to start off a game night or introduce to new board gamers.

In King of Tokyo, you play as a giant monster vying for dominance in in downtown Tokyo. Main mechanic is push your luck with dice rolls and a deck of cards with various super powers helps keep the game varied and interesting.

Game plays great with three to five players and there are expansion such as King of New York which another dimension with things to destroy within the city.

If you have never played, try it out the next time you are at Game House Cafe for your next game night! 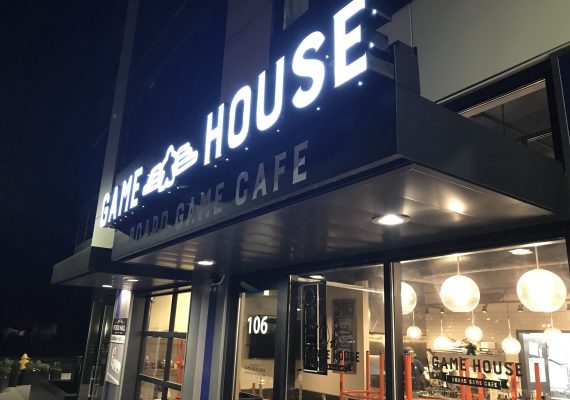