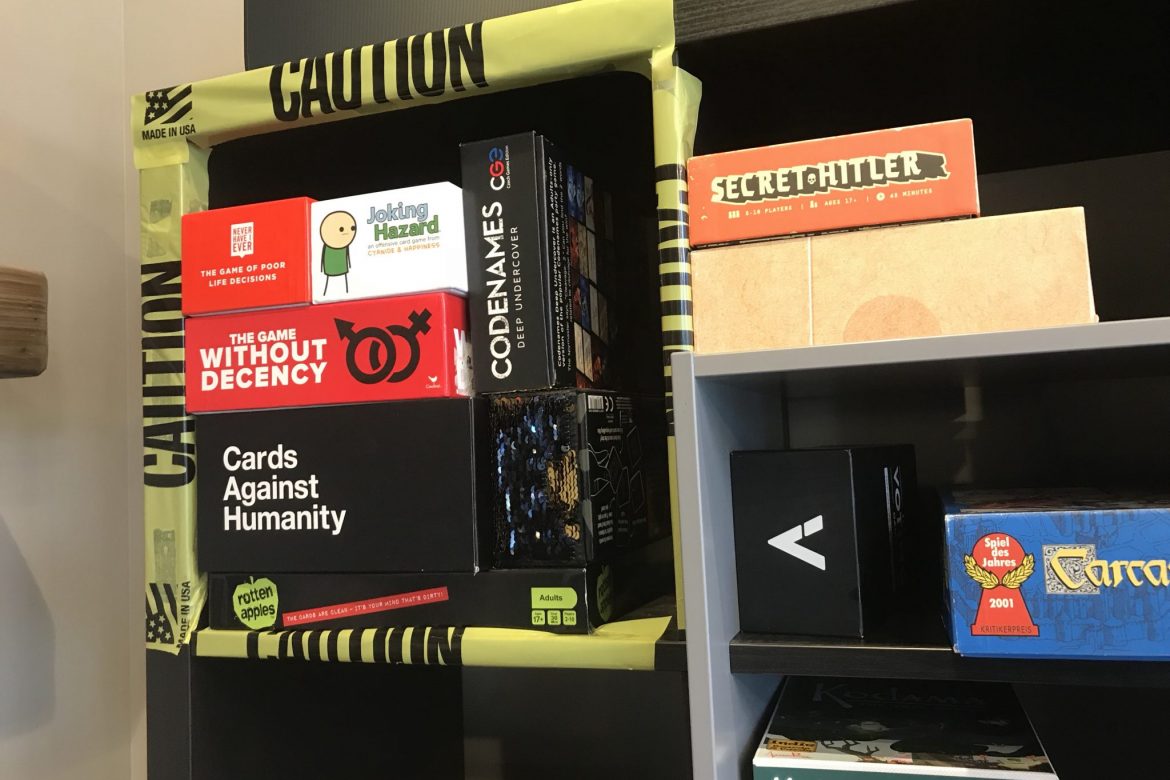 Use Caution with These Games 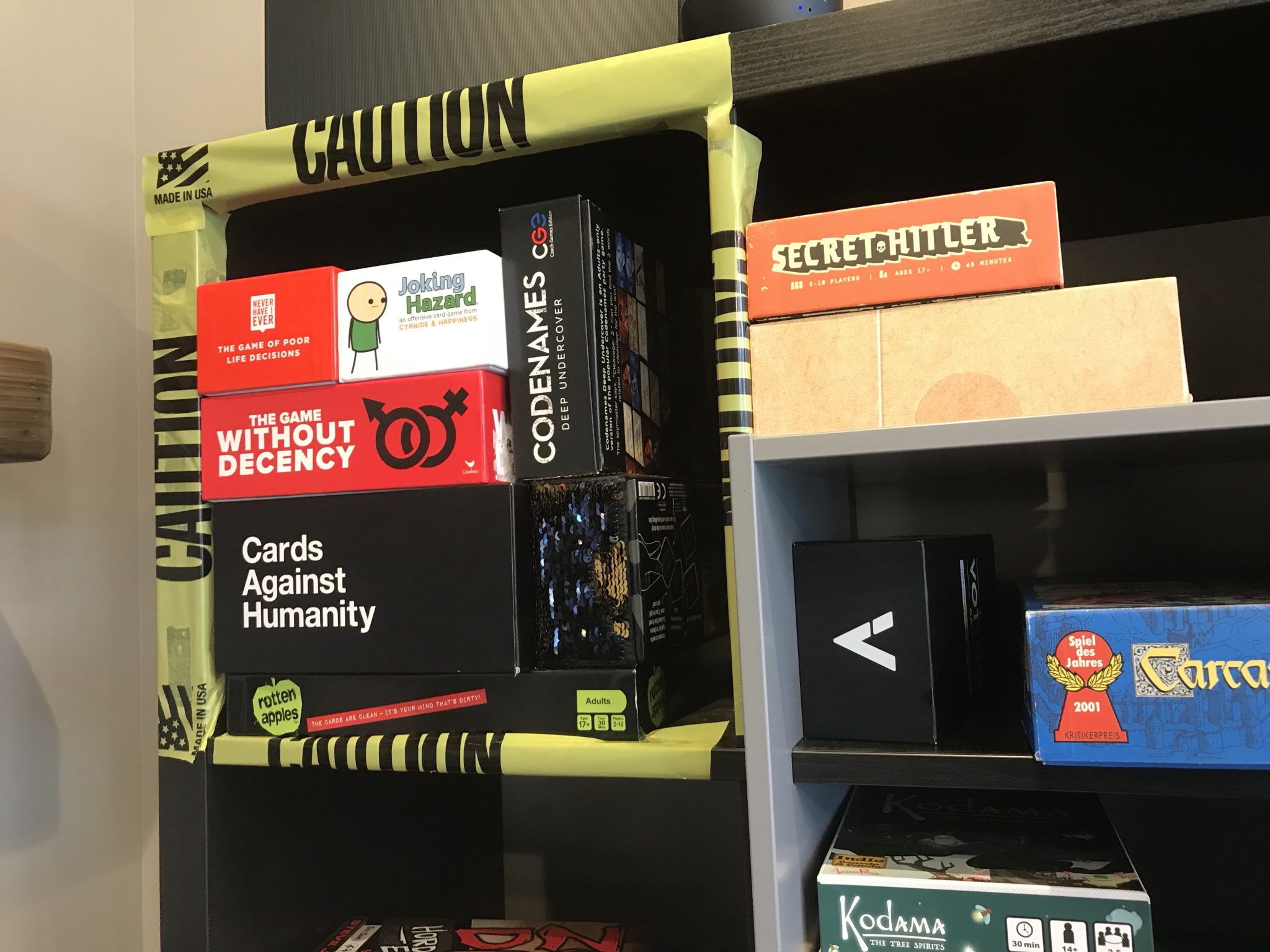 There is a small section of Games on the game wall that need caution. They require–let’s just say–a sophisticated game palette or at least a good sense of humor.

Cards Against Humanity is perhaps the most well known. This smash hit Kickstarter burst onto the scene several years ago with bawdy cards that will even make anyone blush. In the bigger, blacker box there was a hidden card!

If you are looking for more visual humor, Joking Hazard was made by Cyanide and Happiness. In this game you put together your own three panel cartoon and play for the best combination and punchline. Crude humor prevails.

If you have a larger group, Codenames Deep Undercover is the Codenames party game that you know and love, just with a bit edgier word selection. And if you have never tried Codenames, you are missing out. There are several copies and versions at Game House Cafe which you should definitely try!